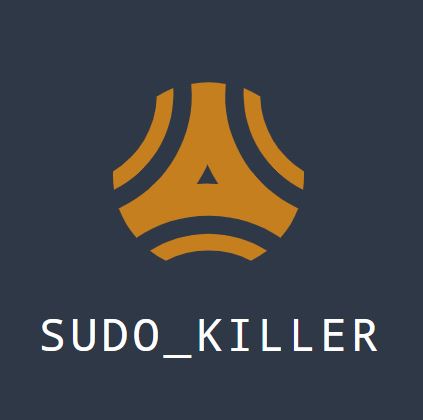 **WARNING: SUDO_KILLER is part of the KILLER project. SUDO_KILLER is still under development and there might be some issues, please create an issue if you found any. **

Other tool will be added to the KILLER project in the coming months so stay tuned up. Also ideas, bug reports, contributions are more than welcome !

SUDO_KILLER is a tool that can be used for privilege escalation on linux environment by abusing SUDO in several ways. The tool helps to identify misconfiguration within sudo rules, vulnerability within the version of sudo being used (CVEs and vulns) and the use of dangerous binary, all of these could be abused to elevate privilege to ROOT.

SUDO_KILLER will then provide a list of commands or local exploits which could be exploited to elevate privilege. It is worth noting that the tool does not perform any exploitation on your behalf, the exploitation will need to be performed manually and this is intended.

Some of the checks/functionalities that are performed by the tool.

What version 2 of SK includes:

Run SK with the below parameter:

It is worth noting that when using the -c argument, the CVEs identified are only based on the sudo version in used. Very often, a sudo version might be vulnerable but specific condition must be met for exploitation.

To update the CVE database : run the following script ./cve_update.sh

If you need to input a password to run sudo -l then the script will not work if you don’t provide a password with the argument -s.

How to run SK on the targetted/audited machine

**NOTE : sudo_killer does not exploit automatically by itself, it was designed like this on purpose but check for misconguration and vulnerabilities and then propose you the following (if you are lucky the route to root is near!) :

Why is it possible to run “sudo -l” without a password?

By default, if the NOPASSWD tag is applied to any of the entries for a user on a host, he or she will be able to run “sudo -l” without a password. This behavior may be overridden via the verifypw and listpw options.

However, these rules only affect the current user, so if user impersonation is possible (using su) sudo -l should be launched from this user as well.

Sometimes the file /etc/sudoers can be read even if sudo -l is not accessible without password.

**IMPORTANT: The recommended way to test the tool is to use the docker image created on purpose for the testing. The image contained several vulnerabilities and misconfigurations related to the usage of SUDO.

Everything is tested from the Docker container available on Docker Hub !**

A Docker image is available on Docker Hub and automatically re-built at each update: https://hub.docker.com/r/th3xace/sudo_killer_demo . It is initially based on official debian:jessie Docker image (debian:jessie).

Note: It is important to note that the docker is just an environment that can be used to play with the tool since it contains several vulns to exploit. The tool is meant to be used on its own.

Several videos are provided below with different scenarios of exploitation.

The script was developed by myself with the help of online resources found on github and in the wild. Credits also to the authors of the exploits related to CVEs. The authors information and links can be found in the exploit and in the notes provided when running the tool. Special kudos to Vincent Puydoyeux, who gave me the idea to develop this tool and Koutto, for helping me with the docker thing and for improving the tool.

This script is for Educational purpose ONLY. Do not use it without permission of the owner of the system you are running it. The usual disclaimer applies, especially the fact that me (TH3xACE) is not liable for any damages caused by direct or indirect use of the information or functionality provided by these programs. The author or any Internet provider bears NO responsibility for content or misuse of these programs or any derivatives thereof. By using these programs you accept the fact that any damage (dataloss, system crash, system compromise, etc.) caused by the use of the script is not my responsibility.